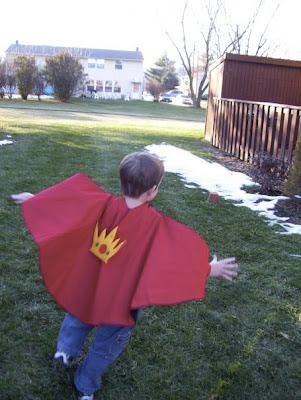 I made a superhero cape for my cousin-in-law for Christmas. This was such a fun project to make! I used this tutorial with a few changes and twists. (The larger text below designates the instructions I included in his gift.:)) 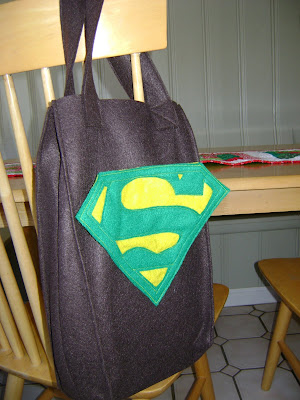 Every superhero needs a bag to tote their supplies in, and this one has a buttonhole so that he can switch out the logos depending on his mood that day. 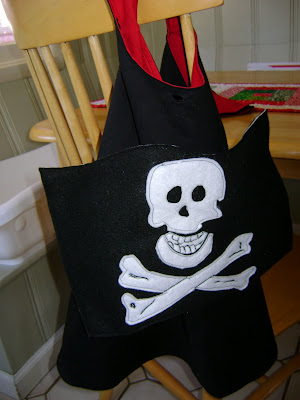 Arrgh matey! If you feel the need to plunder the seas, attach your pirate flag to the back of the cape using the buttonhole to warn everyone that the Mighty Pirate Seamus is approaching. 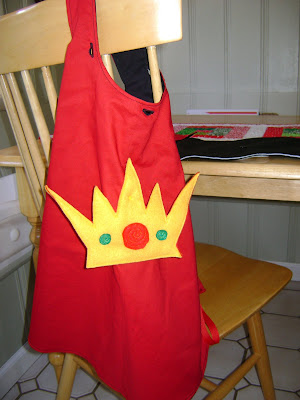 The cape is reversible with red on one side and black on the other side.

For days when you are feeling royal, don the king symbol so your parents can address you as “your royal highness” since you are now the King of the Household-or you could be little red riding hood without the crown.:) The red hood can also be detached… 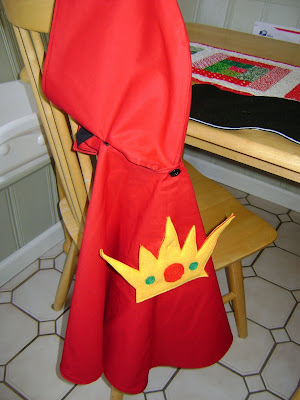 He can also attach a hood that has a red side. 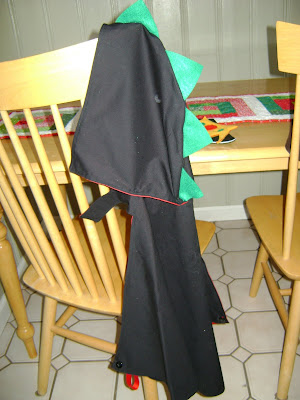 The other side of the hood has horns so he can be a monster or a dinosaur. Here is the black side of the cape without an emblem.

Roaaarrr! With your black cape and your horned hood, you are now a mighty dragon or monster! Watch out! 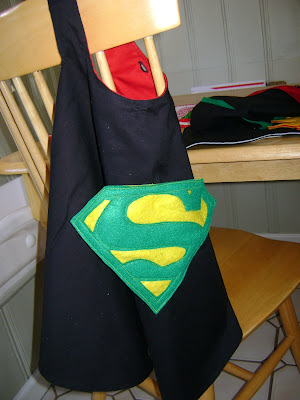 His name is Seamus, so when his switches into his alter ego-Super Seamus- he can attach the "S" on the back.


It’s a bird. No, it’s a plane. Wrong again! It’s Super Seamus to the rescue! 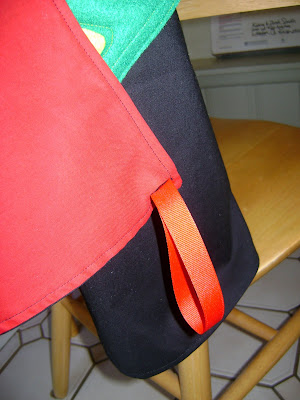 I also added arm ties that button on the bottom so he can attach the cape to his wrists to hold the cape up or twirl it around.


The hand straps can be used when the need to flap your wings arises or can be detached so they don’t sag sadly by your side. 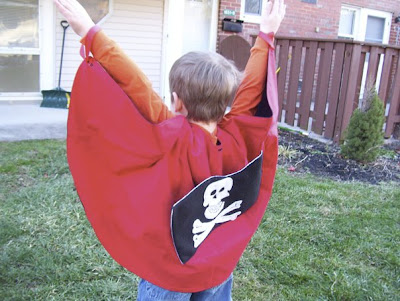 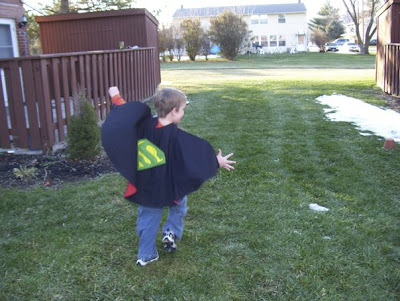 Posted by audreypawdrey at 8:14 AM

Adorable! He looks so STRONG! lol

How awesome is that. Looks like it will be put to good use.

Oh my goodness, I've never seen such a versatile cape - the possibilities seem endless - just think how many more uses a kid with imagination will get out of such a cape - awesome gift!

what a great idea - loads and loads of immagination time is ahead.
kris

I tried to comment on this a while back and got interrupted. This is the cutest thing and what a great idea for interchanging the panels. I bet he loves this!

Nice thought...children and specially the preteens love to carry capes of the characters of their choice.