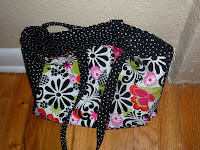 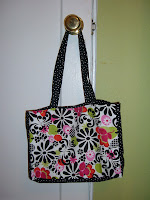 So, recently I have been involved with a swap on Craftster (which is an awesome crafting site). I signed up for the Reading Rainbow swap where you swapped a book, totebag (or other agreed upon item), and bookmark(s) with someone else. It was so much fun. I finally feel that I can comment upon it because my partner in Canada and I have both received our fabulous packages.
Here is the totebag I sent her on the left. I included Looking for Alaska by John Green, Gone with the Wind by Margaret Mitchell, and The Other Boleyn Girl by Philleppa Gregory.

Here is what I received today from xx_bumblebee_xx of Canada: 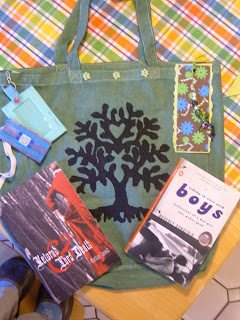 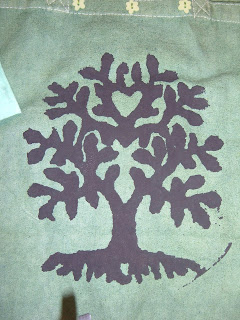 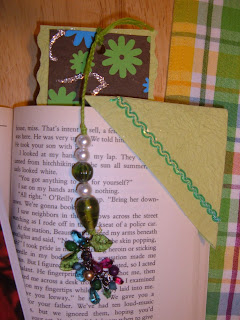 The image on the top left includes everything in the package, and the image on thetop right is a close up of the tree she stenciled on the bag. She also hand dyed the bag the green it is. Isn't it awesome? Now check out these cool bookmarks on the left. Pretty neat, eh? She also sent Keurah and Lord Death by Martine Leavitt and Riding in Cars with Boys by Beverly Donofrio.

I read Riding in Cars with Boys this past weekend on Brandon's and my trip to Salida, CO. It was really good. I had seen previews of a movie that was based on this book, and didn't really think much of it. The book was very entertaining. It is basically a memoir of the author and her life between having a child while still a teenager, getting married, getting divorced at 19 and how her life evolved from there. She eventually gets a college education in part due to scholarships for single mothers who have the aptitude according to a test to do well in college. It is interesting to ponder if she had not had a child if she would have been eligible for that scholarship. Her parents were unable to pay for college, and she gave up hope of going (which led to some of her teenage antics) when she found out that college was just a dream for her. Anyway, she gets the scholarship and goes to Wesleyan for her undergrad degree, eventually moves to New York where she lives with her young son and pursues a masters in creative writing.
It was a very enjoyable book about the relationship between mother and son from the time he is just a speck until he is leaving to go to college where his mother went before him: Wesleyan. I recommend it!
Posted by audreypawdrey at 6:32 PM 1 comment: Links to this post